This year I am not making scones as displacement activity instead of doing my tax return.

Comfort food is OUT because I am following the 5:2 eating plan. Scones are off the menu. Ditto pancakes and all other such carb-laden ‘treats’. I won’t even mention chocolate!

Instead I am filling up on protein, veggies and limited amounts of fruit. The great thing is I am not counting calories because I am rubbish at that. Numbers, as you know, are NOT my thing.

My kick-start came from a little booklet inside the Daily Mail which outlined the basics and had an eating plan. I’ve been using the recipes from that.

It’s not been too hard actually. I am eating really well and can’t say I feel hungry. Well maybe occasionally but there’s always something you can have to fill the gap. I’ve not had many cravings but if I get desperate, I have a teaspoon of Nutella. Talking of nuts – they are great as a keep-you-going snack and have lots of health benefits. I measure these out into a small airtight box so I always have some handy and don’t eat the whole packet.

I can’t seek solace in a glass of wine, tincture of brandy or bottle of beer, though I do have the odd gin and slimline tonic. I could have these drinks if I wanted but I would rather have food so fizzy water with slices of frozen orange, lemon or lime is the order of the day. I have switched my usual Diet Coke for the caffeine free version. I know I should give it up too but it’s a small vice all things considered.

Desserts are allowed provided you make them yourself the 5:2 way. I particularly like the upside-down strawberry cheesecake which consists of berries in a glass (I used frozen ones), low fat Greek yoghourt , topped with a crushed digestive per person. Delicious.

I even had a restaurant curry on Friday night with friends – and I haven’t put on a pound. Woo hoo. The bottom line is I have lost 7lbs in less than two weeks – and for me that is amazing. I have tried every diet there is. I have been on and off them since I was 15 years old and none have worked as well as this.

And what about my tax return? Well it IS on my To Do list.

The book on which the diet is based is The 2-Day Diet Quick And Easy Edition by Dr Michelle Harvie & Professor Tony Howell. 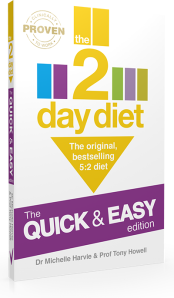 WordPress.com is excited to announce our newest offering: a course just for beginning bloggers where you’ll learn everything you need to know about blogging from the most trusted experts in the industry. We have helped millions of blogs get up and running, we know what works, and we want you to to know everything we know. This course provides all the fundamental skills and inspiration you need to get your blog started, an interactive community forum, and content updated annually.

You Can’t Eat a Tax Return

Why do I make sticky toffee pudding and bake scones when I have a tax return to do? Well you can’t eat a tax return, although Her Majesty’s Revenue and Customs (HMRC) will probably eat me if I don’t fill one in.

Why am I writing this blog when I have a tax return to do? Well for one thing I find it a lot easier to deal with words than numbers. Words are my stock-in-trade, my business, something I think I am good at and I like writing.

I have a long-held antipathy towards numbers going back to secondary school arithmetic – yes, not even maths but simple counting was a skill that eluded me for many years. Even now, although I can do it, I have to concentrate, make a big effort – it does not come easy.

I deal with it intuitively and surprisingly often this works a treat. I say to myself – does that look like the right amount of change, does it feel like it – and most times I am right. Sometimes I lose out on a few pennies or pounds with this approach but I can live with that for the sake of keeping it manageable.

I don’t remember doing ANY actual counting at primary school. I must have erased it from my memory banks. I started school pre decimalisation when you rote learned your times tables from one to 12 because at that time there were 12 pennies* to a shilling. I can do them all – well except when I get to 6×7, 7×8, 6×9 – then I resort to using my fingers to count from the previous ones that I do know. I have a mental block that I have yet to overcome. Probably won’t now.

That wasn’t counting in my book but memorising. It has, I admit, come in handy as something I can do instead of counting. I group numbers together in my head and multiply them. Sometimes I round them up to an easy multiple and then deduct an equivalent amount at the end if you get my drift. I find that easier than counting.

All I remember doing at school was reading and writing, painting, making plasticine loaves and cakes, running around the playground pretending I was The Girl from U-N-C-L-E, hibernating in a corner under my coat in winter, something I am still metaphorically apt to do, being pushed by a drunk (yes, steaming drunk) classmate on ice in Primary 7 and breaking my arm and a bone in my wrist.

My parents didn’t sue the school for not treating the ice or the classmate for being irresponsibly drunk, scary and out of control at age 12. Nor the school for insisting I stayed in class till home time even though I was in agony and insisting something was broken. I could feel a pulse throbbing at the site of the main break. You didn’t then. Teachers were gods and not to be challenged.

At secondary school, long division was torture. I – just – couldn’t – do – it. No way. Fried my brain trying. Very frustrating and, because I was good at pretty much everything else, I managed to hide it most of the time. Obviously not when it came to exams when I would do what I could and guess what I couldn’t. This was not a successful strategy. It resulted in a D for O Grade Arithmetic and Maths – the shame of it.

I eventually learned how to do long division in third year biology class after admitting under pressure to the friendly and approachable Mr McCahill that I couldn’t do it. He took the time to show me and then checked that I got it. Not much call for long division in my life thereafter but I appreciated it at the time

I didn’t think my numeracy issues mattered until later in life when, as a mature student, I wanted to go to university and found out that it did. Luckily I hadn’t set my heart on Glasgow Uni, although it had a lovely campus and was in the very trendy, desirable and closer-to-home west end.

I ended up in the city centre at the University of Strathclyde or ‘tech’ as many then called it doing a degree and diploma which resulted in ME doing classes in accountancy and tax. Scary indeed. Surprisingly, neither involved much counting which I was very glad about.

To be fair to HMRC, it is a lot easier now because you can do your tax online. This means you don’t have to do the sums – the computer programme does it for you. It used to take me the best part of an entire day to do the calculation – and because I know I am crap at counting, I would have to check it at least twice. Often I would get a different result each time and have to go back to the beginning.

Now all I have to do is work out what I have earned against what I have spent, that is allowable as an expense, and fill in the form. That still involves counting which is why I am off to have a coffee and a scone instead!!

*I originally wrote 12 shillings to a pound which my numerate husband pointed out was incorrect – there were 20 shillings to the £, 12 pennies to the shilling – which just goes to prove how confusing I really do find numbers!